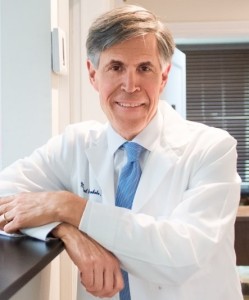 Michael P. Krumholz, M.D. is board certified in Gastroenterology. He received his undergraduate degree from Washington University in St. Louis and medical degree from the Mount Sinai School of Medicine. He completed his internship and residency in Internal Medicine at Beth Israel Medical Center, where he was selected as Chief Medical Resident. Dr. Krumholz also completed a fellowship in gastroenterology (GI) at Lenox Hill Hospital, where he is an Attending Physician and teaches medical students, residents, and GI fellows. In addition, he is a visiting Attending Physician at The Mount Sinai Hospital, and has a faculty appointment at the New York University School of Medicine.

Dr. Krumholz has received multiple peer nominated awards and honors throughout his academic and professional career, reflecting his commitment to, and reputation for, high quality and compassionate patient care. These include:

Dr. Krumholz treats patients for a wide spectrum of gastrointestinal problems, including:

Commonly performed GI tests include upper endoscopy and colonoscopy. For additional information regarding these and other GI procedures, visit http://www.manhattanendo.com.

Dr. Krumholz is committed to achieving the highest level of patient care, and always provides an individualized approach to address each patient’s medical needs.  He looks forward to welcoming you to his practice.